Dobie can’t resist the wooby! Rogue pup saved from highway by officer with the right tool for the job 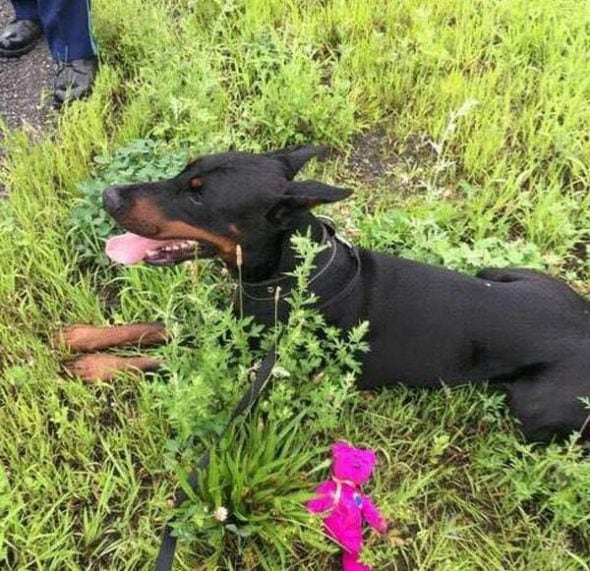 The dog was happy to chase and retrieve the toy, following simple commands the officer gave. Photo: Massachusetts State Police

Ah, the power of stuffed toys!

Massachusetts State Police stepped in to save a loose dog after receiving multiple calls about a Doberman pinscher darting amid traffic in both directions on dangerous and busy Interstate 291 Sunday morning.

Trooper Corey Brown, along with several other officers, responded.

“The Doberman came to a stop but then ran again down the left lane,” police said on Facebook.

As his colleagues slowed traffic, Brown attempted capture, tossing a stuffed, pink teddy bear he had in his squad car. The dog gave chase, retrieving the toy, at which time Brown told him to sit. Which it did. Like a good dog. 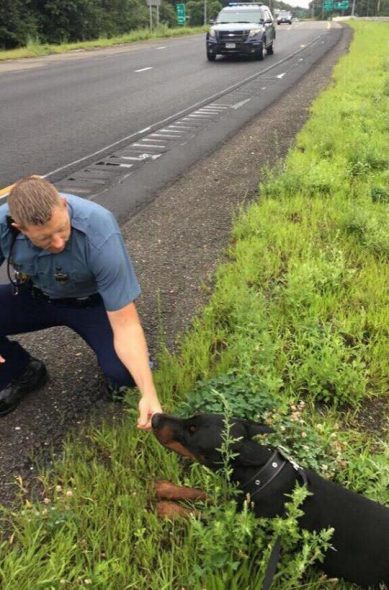 The troopers were able to safely take the rogue dog into custody, returning it to its owner, who lives near the highway.

Facebook followers commended the rescue, complimenting Brown for quick thinking and a caring attitude. A few suggested dog treats be added to the many things police officers have handy in their cruisers.