Why Do Dogs Howl? – Puppy Leaks


Last updated on August 2, 2018 By Jen Gabbard Leave a Comment

None of my dogs before Laika were big howlers. In fact I never heard my previous dogs howl. They had a wide variety of barks and whines, but howling itself wasn’t part of their everyday communication set.

So why do dogs howl anyways? Why do some dogs howl all the time, while others stick to barking and whining? Below we’ll take a look at why dogs howl, why some dogs howl more than others, and what types of howling are cause for concern.

Why Do Dogs Howl?

Howling is a form of vocal communication for dogs, just like barking and whining. It’s a natural instinct leftover from their wolf ancestors that’s used to communicate with the pack. Wolves howl to communicate with each other, and it’s a behavior that’s been carried over to our dogs. Here’s some of the common reasons why dogs howl:

The most common reasons for howling include sounding an alert, attracting attention, making contact with others and signaling a change in circumstances. Howling can also occur as a direct response to certain high pitched noises such as alarms.

When To Be Concerned About Howling

While most of the above reasons aren’t too concerning there are a few types of howling that are worrisome — howling during separation anxiety, and howling as a way to communicate pain or discomfort. Below we’ll go further into the reasons why our dogs howl, and what types of howling are cause for concern.

Howling To Sound An Alert/Get Attention

One of the more common causes of howling is to attract attention to a change in circumstances. If your dog is looking out the window and they see what they perceive as an intruder in the yard they might howl to signal an alarm. In this context it’s a defense mechanism — a way ensure their family or pack knows about the change in circumstances, and a way to ward off approaching predators.

Howling to sirens in particular is quite common, as you can see by the video below. If you do have a howler at home you may want to turn down the volume.

Howling In Response To Pain or Discomfort

Some dogs howl as a response to pain or discomfort as a way to communicate that something’s wrong. Howling can be caused by illness or injury, so if your dog starts howling more frequently (or out of the blue) and there’s no direct cause that you can see it’s time to schedule an appointment with your vet.

Some dogs will howl as a way to contact their lost pack or family members, which is why it’s commonly seen in dogs with separation anxiety. This is usually accompanied by other symptoms of separation anxiety such as drooling, pacing, destructive behavior or indoor elimination.

Tip: If your dog howls and gets anxious when you leave for work check out this guide on managing canine separation anxiety. It can be a tough issue to manage, and unfortunately it’s one that gets worse over time if not properly addressed. If your dog shows signs of anxiety when you leave I recommend reaching out to a dog trainer or behaviorist in your area.

Why Do Some Dogs Howl More Than Others?

What Makes Your Dog Howl?

What gets your dog howling? Do they howl at the sound or sirens or when someone knocks at the door? Does your dog howl the instant you start singing, or is that just me? I’ve always assumed it was Laika’s special way of saying “hey lady, you know you’re really off key, right?” 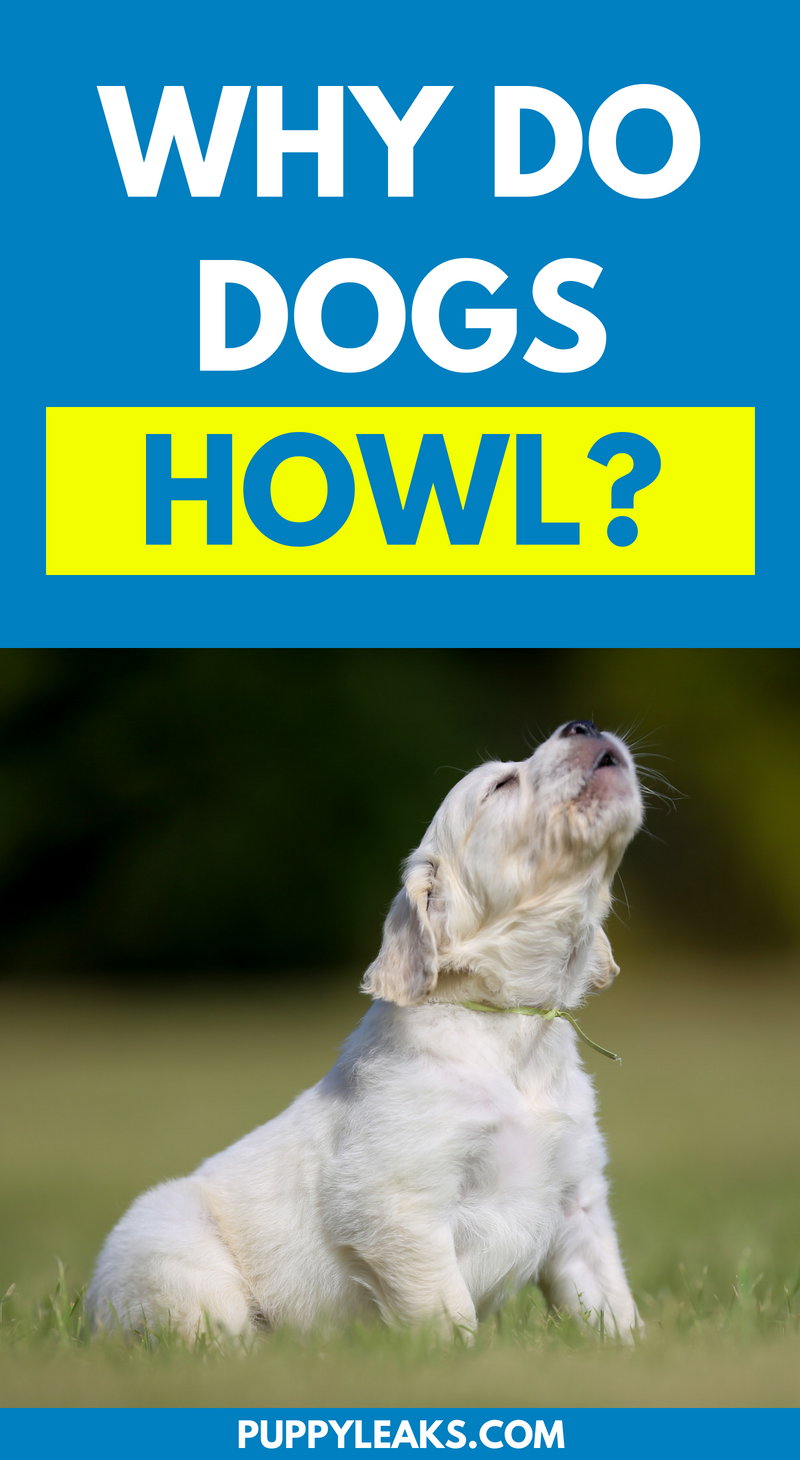 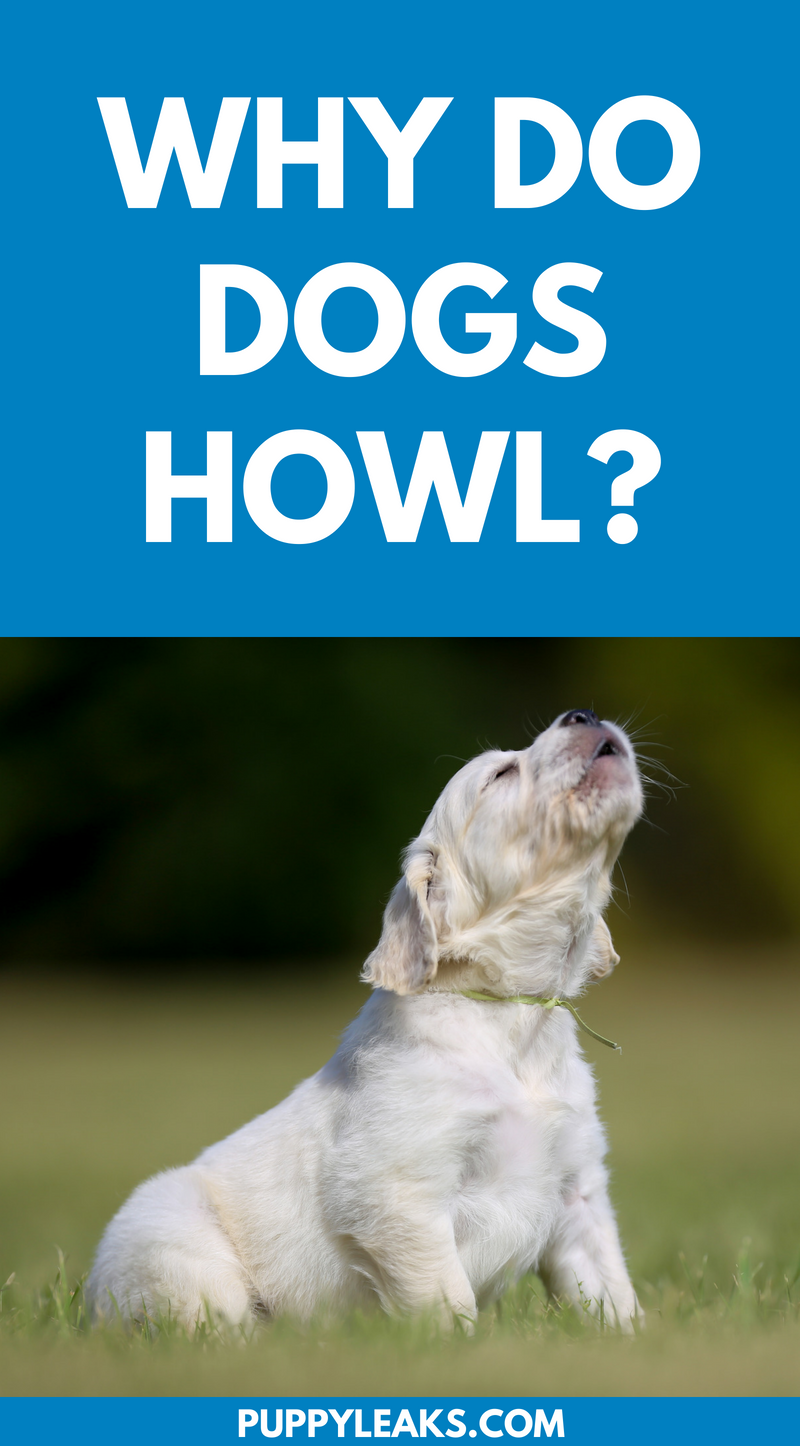